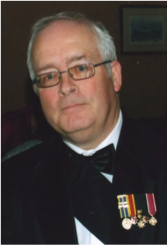 The 50th Congress took place in Dublin from 10 to 17 June, 2012. Immediately prior to the formal opening, a theological Conference took place in St Patrick’s Pontifical College, Maynooth. The Congress itself was based on the Campus of the Royal Dublin Society (RDS) at Ballsbridge, in the southern suburbs of Dublin City. The concluding ceremony, the Statio Orbis, took place at Croke Park, the headquarters of the Gaelic Athletic Association (GAA), adjacent to the residence of the President of the Congress, Archbishop Diarmuid Martin of Dublin. Members of the Papal Orders were involved in the Congress, as attendees, speakers, and backroom administrators. Chev Liam Cosgrave, Grand Cross Pian Order, former Taoiseach, who attended the Congress of 1932 as a schoolboy, attended the June event.

A number of members were involved at episcopal conference and Diocesan level in arranging the overall Congress. Members attended in uniform at the Corpus Christi procession around the RDS. Rt. Rev. Msgr Eoin Thynne, Head Chaplain to the Forces and Chaplain to the Association, hosted a large exhibition in military tents to give people an insight into life out in the field and on peace keeping missions. The exhibition showed pictures of soldiers in the field and a replica military uniform worn by the Mounted Escort (Blue Hussars) for the 1932 Eucharistic Congress. The highlight of the tour was a very simple and peaceful field chapel that included a list of Irish soldiers who died on active duty. Amongst the items displayed was a cross made out of shrapnel and brass artillery, as well as a miniature monstrance with bullets in its setting. The President of the Association, Chev. Vincent McBrierty, co-presented a workshop on ‘The World in Crisis: the Response of the Church’. Amongst others, Chev. Peter Durnin and Chev. Gerry Walsh provided transport for dignitaries of the Congress over a period of eight days. Chev. Gerard Gillen provided the organ music at the Statio Orbis.